Buddy Payment is a debt prevention app that helps users pay and manage their bills.

The Rotterdam-based startup, which currently has 11 employees, has developed an app that enables citizens who have problems with their daily finances.

The app is offered to citizens by city councils as part of their debt counseling services. Instead of using their normal home banking app, citizens use the Buddy app, which takes control of their bank accounts.

The app analyzes debits and credits, reserves, and resets monthly fixed expenses (rent, gas and electricity, health insurance, etc.) and presents the remaining budget. It advises on what can and cannot be done, approves and rejects expenses, and initiates payments due.

Buddy has a specific coercive character: it prevents money earmarked for fixed expenses or a debt repayment from being used for other things. In addition to a fixed set of more than 1000 rules, Buddy learns from its users’ behavior and preferences via AI algorithms and a proactive chat interface. For example, Buddy can advise users on benefits to which they may – or may not – be entitled (to avoid having to pay back surcharges later).

The company obtained a PSD2 license (AISP) from DNB, the Dutch central bank. This license gave Buddy Payment access to the PSD2 APIs of Dutch banks.

We rate Buddy Payment on Green. 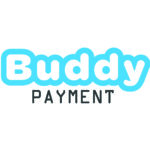