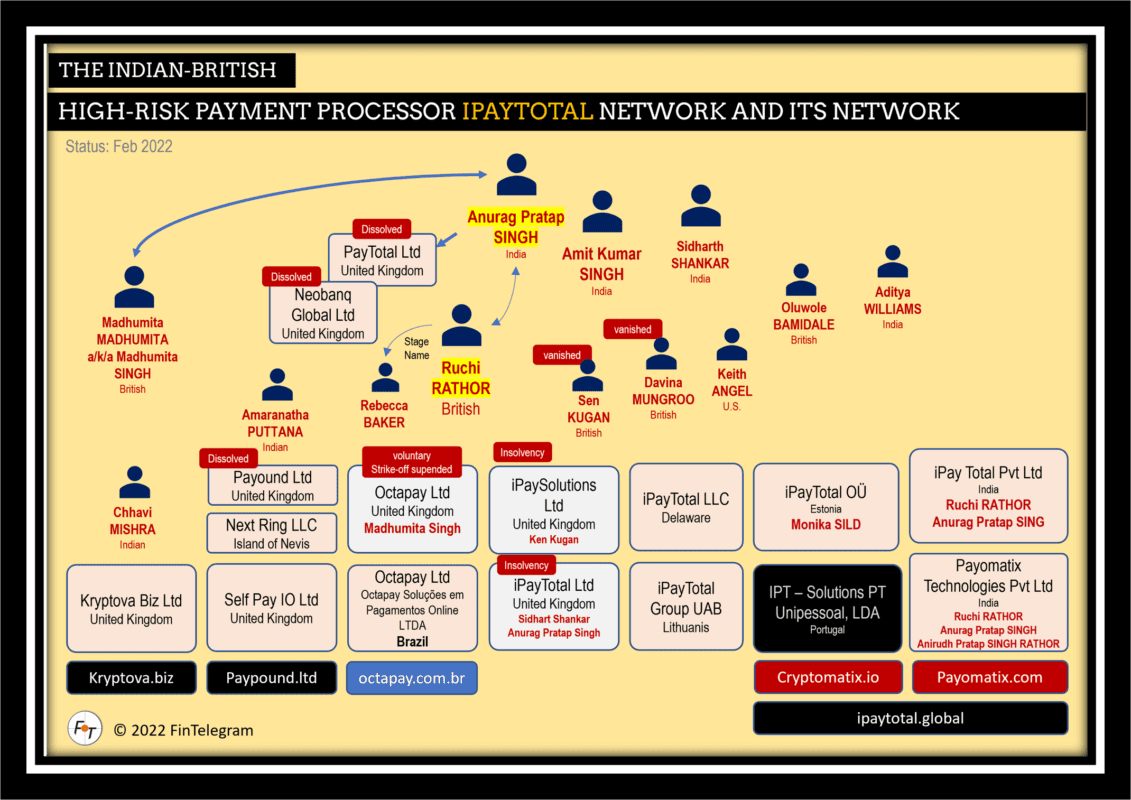 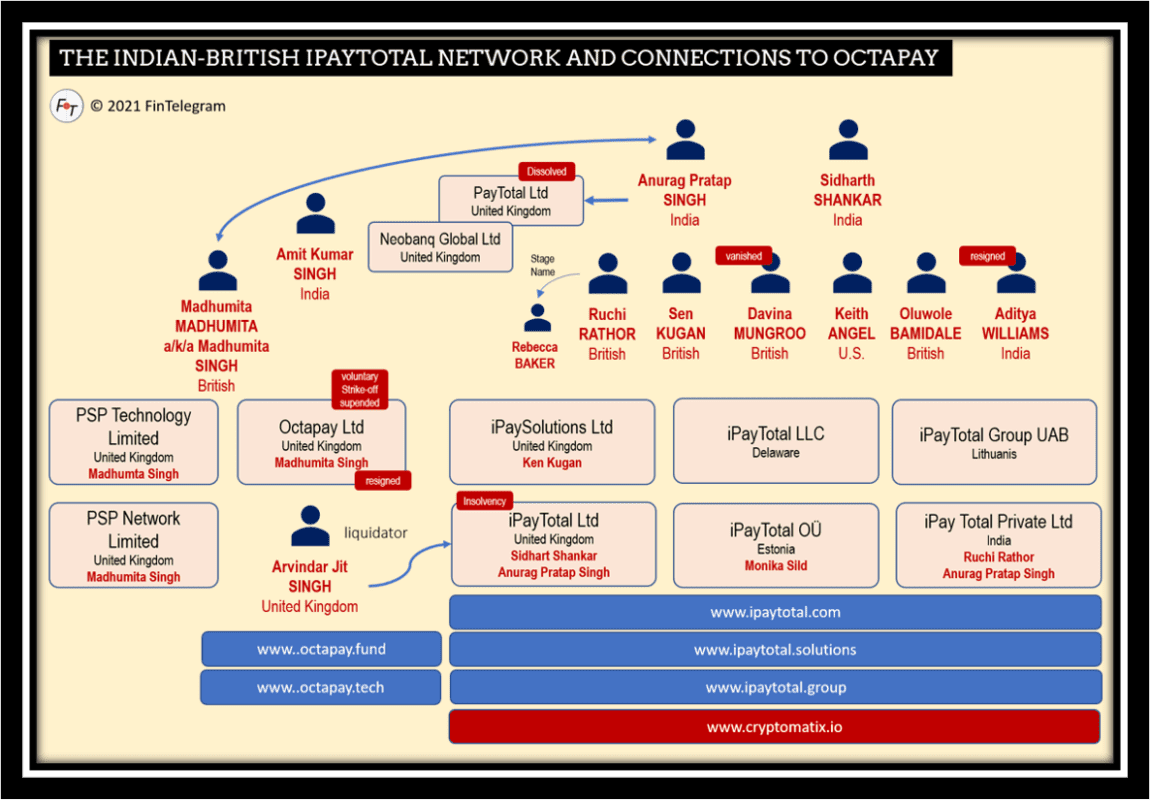 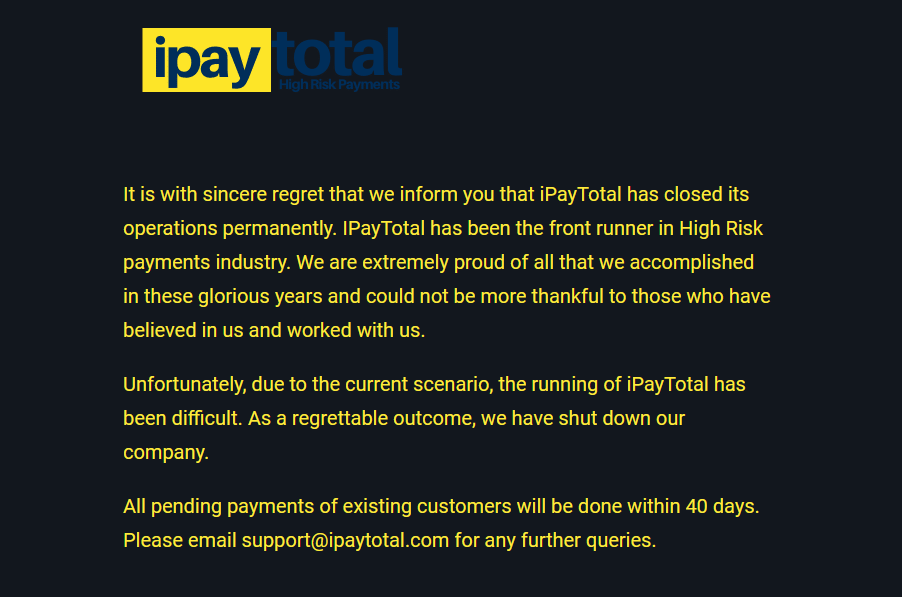 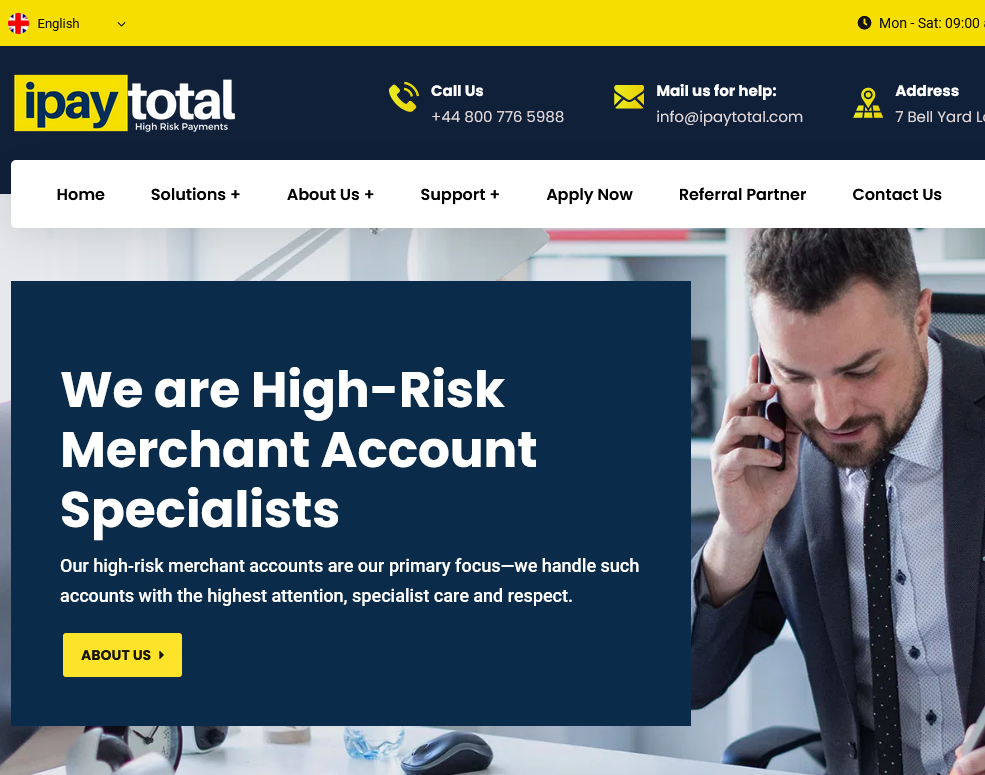 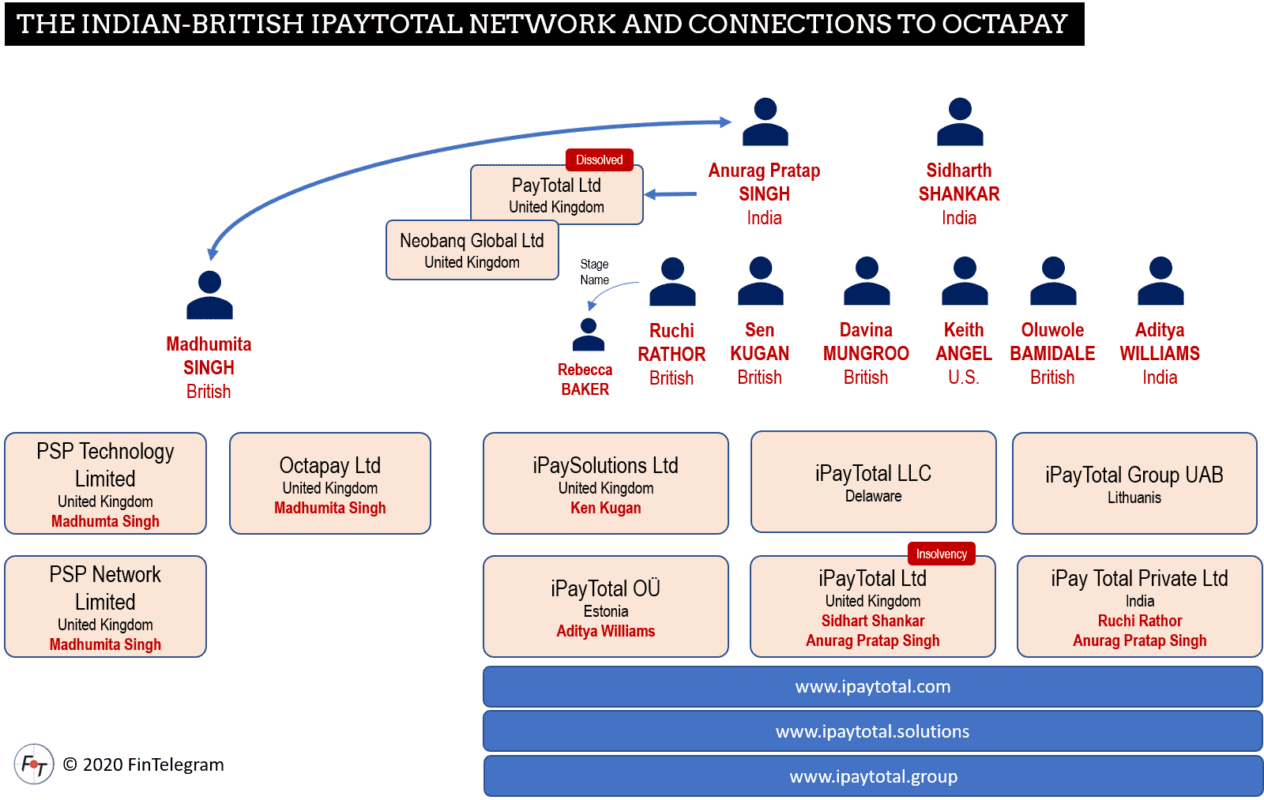 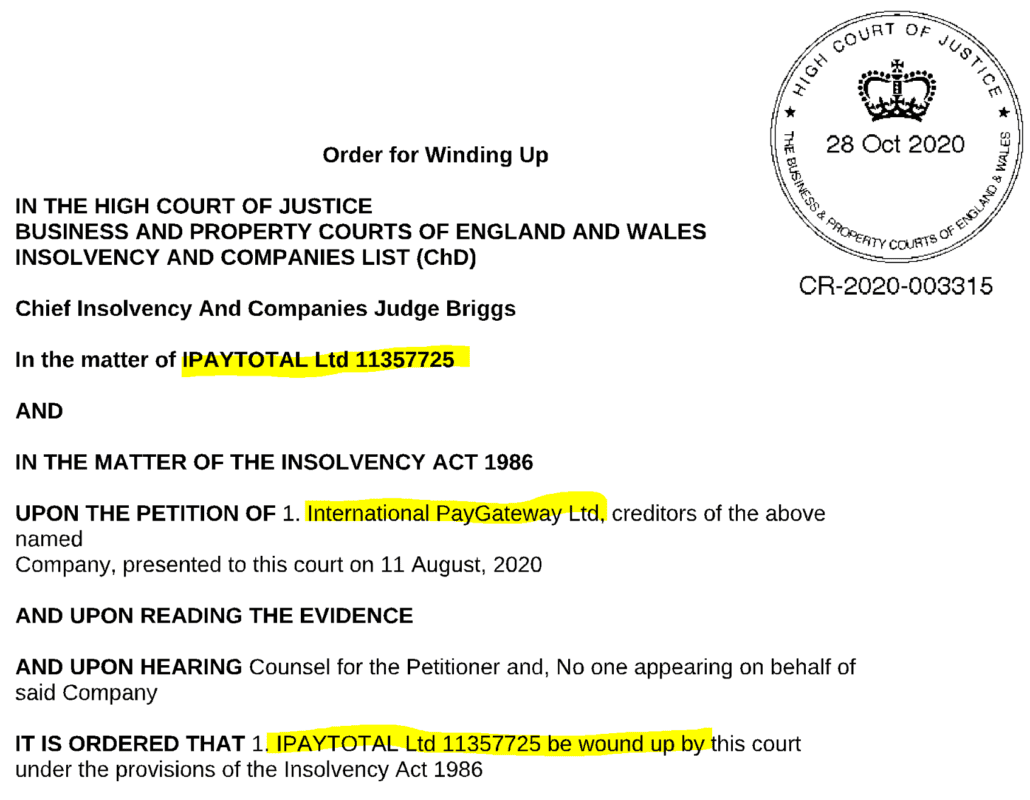 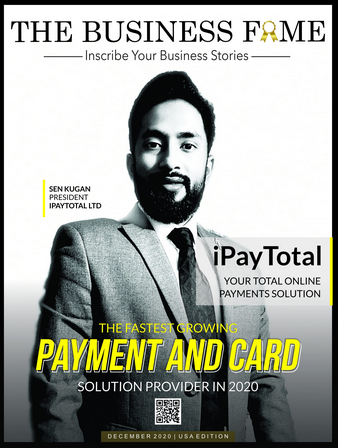 A network of companies

The iPayTotal Group was a group of unregulated payment processors focused on the high-risk segment. The British-Indian Ruchi Rathor was one of the co-founders. iPayTotal was a notorious scam facilitator, but they were also famous for ripping off their merchants, many of whom were scam operators. The high-risk payment processor OctaPay was also part of the iPayTotal Group. And also vanished.

The Indian-British owners controlled the iPayTotal group of companies in the UK, Estonia, Lithuania, Delaware, India, and other jurisdictions.  There is an iPayTotal Group UAB in Lithuania (companies register data).

The group vanished in May 2021. Before its disappearance, the company’s Chief Experience Officer was Davina Mungroo (LinkedIn profile). The President was Sen Kugan (a/k/a Senthooran Kuganathan), the registered director and beneficial owner of iPaySolutions Ltd. Kugan and Mungroo, too, vanished into thin air and deleted their LinkedIn profiles. They have only been the front people or “monkeys” anyway. One of the “real” ultimate beneficial owners and principals was the UK citizen with Indian roots, Ruchi Rathor. She was the group’s COO and thus responsible for its operation. And she also deleted her LinkedIn profile.

The British-Indian citizen Madhumita Singh a/k/a Madhumita Madhumita a/k/a Mita S., the Indians Sidharth Shankar, Anuraq Pratak Singh, and their team are said to be the beneficial owners of the vanished group. Other key people have been Keith Angel, Aditiya Williams, or Oluwole Bamidale.

In January 2020, the Russian Andrey Kovalchuk was appointed as a director and was registered as a person with significant control. He was just another monkey.

Insolvency in the UK

iPayTotal Ltd filed for voluntary strike-off at UK Companies House in May 2020. This was suspended following an appeal in October 2020. Typically, this happens when a creditor objects to the strike-off. In November 2020, The High Court of Justice had ordered the insolvency and wind-up of iPayTotal on the petition of creditor International PayGateway Ltd, a company registered in Mauritius.

On December 3, 2020, Arvindar Jit Singh of FRP Advisory Trading Ltd, Birmingham, was appointed liquidator on January 6, 2021. The company must now be compulsorily wound up under court order. Whether Arvindar Jit Singh is related to the Singh family behind iPayTotal is not known at this time.

Since the insolvencies in the UK, the scheme operators repositioned iPayTotal as a FinTech software and consulting company operated by IPT Solutions PT, Portugal, which also runs the crypto payment platform CryptoMatix with iPayTotal co-founder Ruchi Rathor. iPayTotal is still active in the high-risk payment business, as CryptoMatix proves.

Other brands and companies

According to the former director of Octapay, Christian van Biezen, Ruchi Rathor was associated with iPayTotal and Octapay and operated under the stage name Rebecca Baker.

Madhumita Singh established Ltd, PSP Technology Ltd, and PSP Network Ltd. These new companies may or may not be related to the iPayTotal troubles as suggested by the former Octapay CEO.

iPayTotal is still on our “Black Compliance” list and should be avoided. 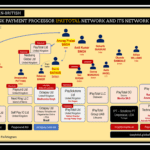 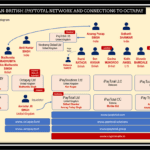 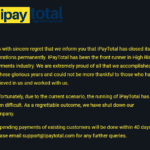 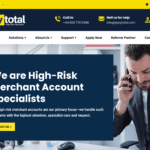 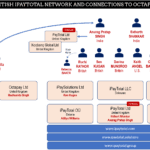 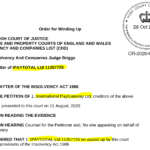 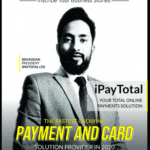 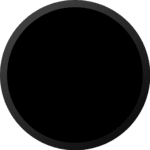